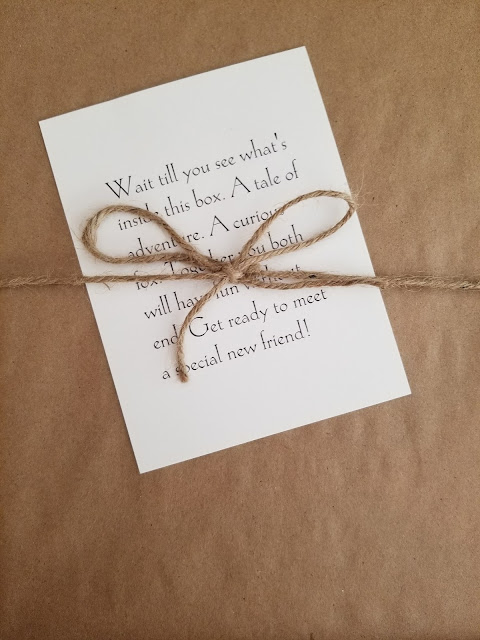 Hey Rocco is a brand new subscription for children. This was created by Jason Oakley as a way to bond with his 2 nephews who live far away from him. So he created Hey Rocco, an adorable fox with a magical ability to help people build relationships with children in their lives. The book included is written by Jason as well. The first shipment will include The book, a stuffed Rocco, and a letter. All the shipments thereafter will be letters from Rocco’s travels and will also include a little souvenir. This box was sent to us at not cost for review purposes the subscription is $69.99 every 3 months ($23.33 each month) shipping to the U.S & Canada is free. 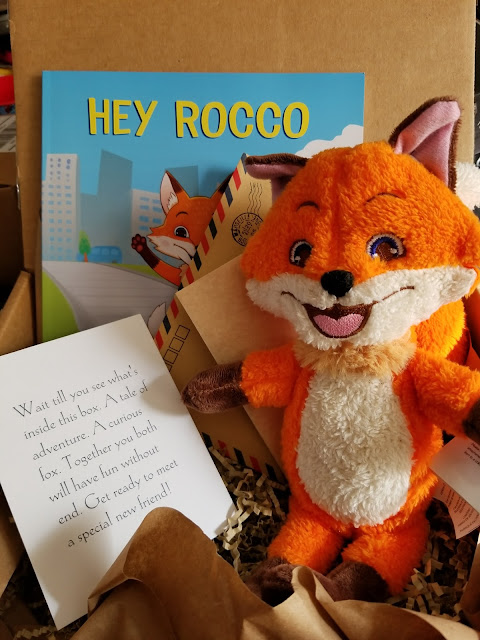 This is our box. Just look at this adorable little fox! 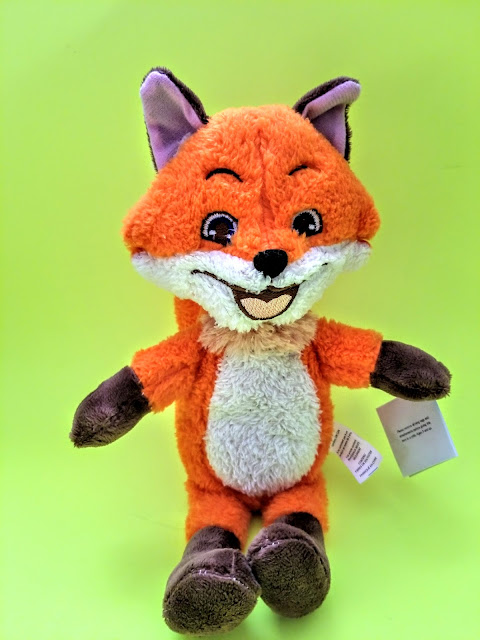 My son is obsessed with Rocco. This plush is approximately 10″ tall and extremly soft. 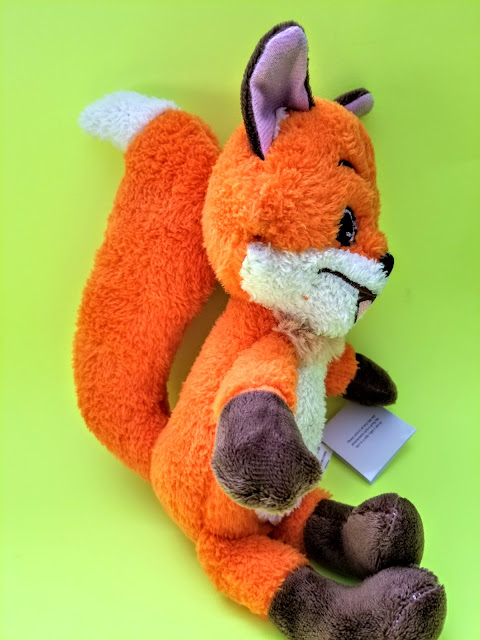 Rocco’s Tail is attached at his head which is cool, this allows my son to put his arm through the hole between Rocco’s tail and back and still have both hands free to play his PS3 or blocks without having to put him down. 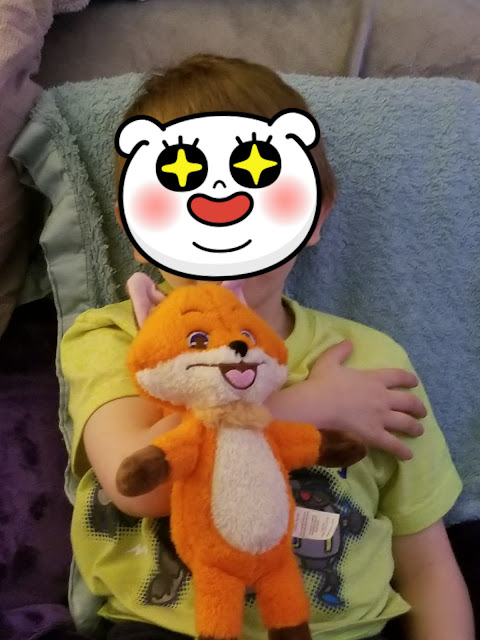 He wanted me to show you guys his favorite thing about Rocco. 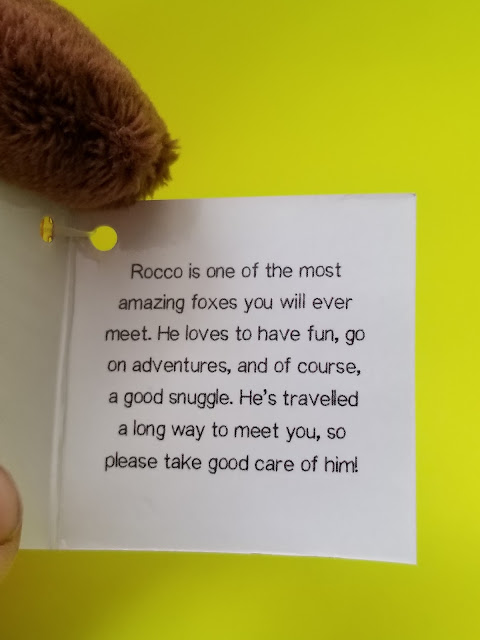 Rocco has his little story on his tag which we carefully removed so my son could put the tag in his box of “extra specials”. 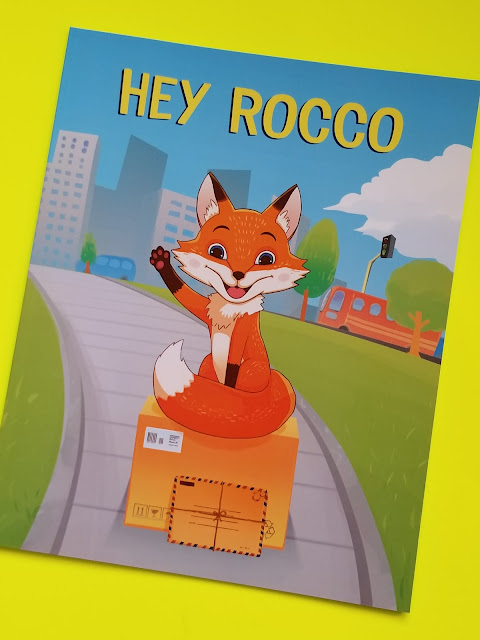 Now for the “Hey Rocco” book; this book is written wonderfully and the illustrations are done well. This quickly became my son’s favorite book. We have read it about 10 times since Monday and it’s now Wednesday. The book was written by: Jason Oakley and illustrated by: Matto Haq. 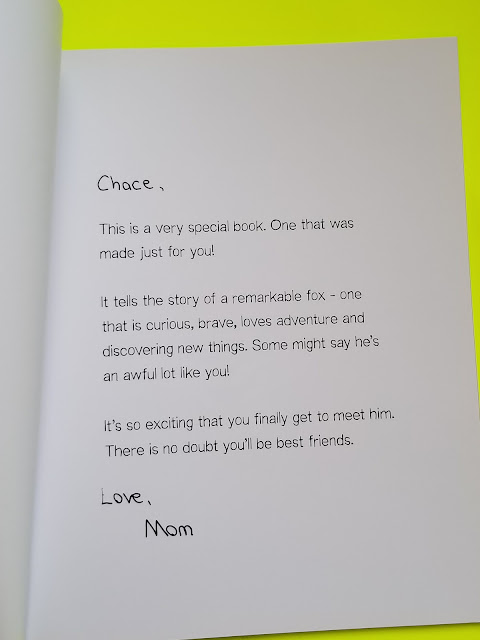 The first page in the book is personalized with my sons name from me which I thought this was pretty cool. Chace was also over the moon to see his name in the book. 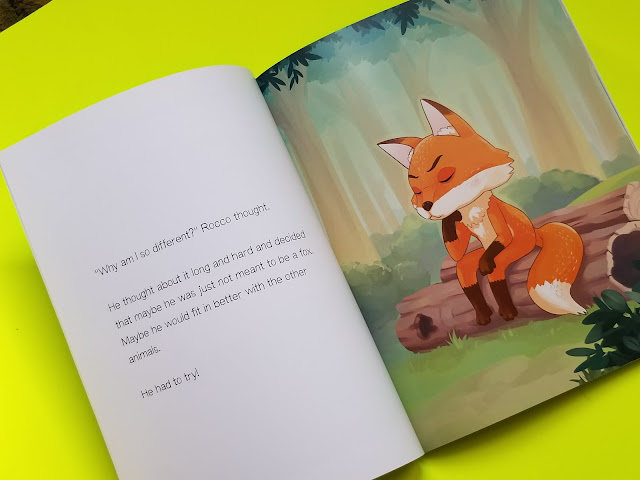 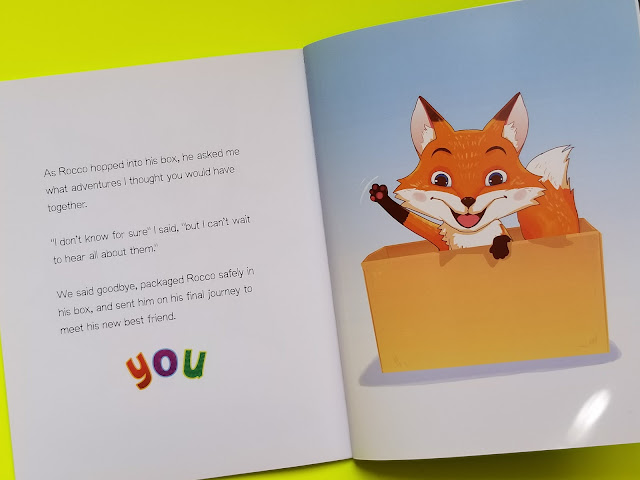 The story is about Rocco not fitting in with the other foxes or any other animals at all. He was shunned all throughout the book but Rocco always gave an effort when trying to find a place he would fit in. Finally, he figures out his place is with “YOU” (which is the child that received the package). 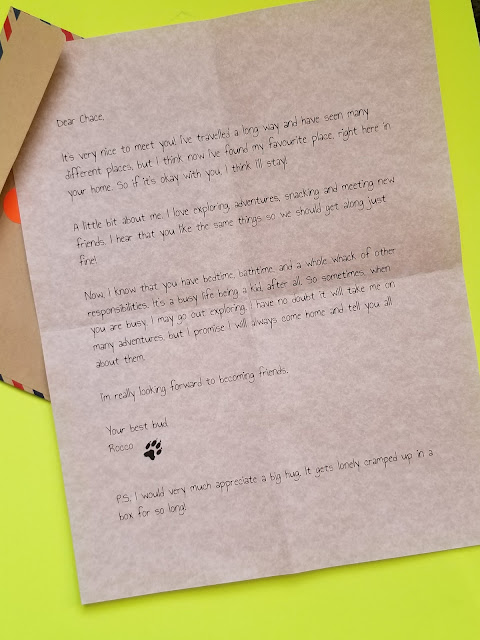 And lastly, we have a letter from Rocco to Chace which was another big deal to him. He sat silent, eyes huge staring as I read this letter to him. My son’s only complaint was that Rocco could not move or talk – so how did he write the letter Mom? I redirected him and they took off to play together.

My son adores Rocco and the book so I would say that this box is a huge hit for us. My kids are pretty numb to packages since so many come though my house daily, so when one of my kids is actually interested in something it’s kind of a big deal. Chace is not a fan of books either so him loving the book is another biggie. I think this is the perfect box for a child especially if that child does have a loved one that they don’t get to see often enough. This subscription would be the perfect way for them to bond. If you are interested in checking out this super cool subscription click the link below. Don’t forget to add promo code:  NICOLESREVIEWS10 To get 10% off your first order. You can check out their social media pages too @heyroccoteam on instagram, facebook, and twitter.

Get Your Rocco Today

This site uses Akismet to reduce spam. Learn how your comment data is processed.